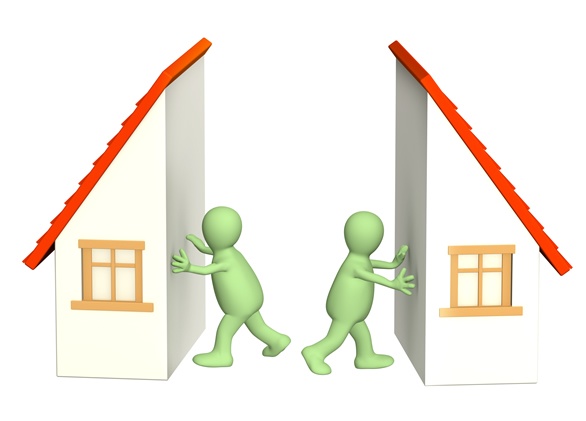 The general rule on dividing assets and liabilities are, pretty much everything is marital from the point of marriage to the point of filing a petition for dissolution.  There are some exemptions to this, for example inheritance is usually classified as non-marital and a prenuptial agreement or other written instrument muddies the waters on classification as well.  There are times, however, that a marital asset is not divided 50/50.  The presumption is an equal distribution, but there are times when a party can get an unequal distribution of marital assets.

The appropriate place to begin an analysis of an unequal distribution of marital assets is Florida Statute 61.075(1).  Once a piece of property is classified as marital, it is very difficult for one party to get more of that property than the other.  Florida Law is heavily biased in favor of equal distribution of marital assets and liabilities.  Relevant factors the court looks at to justify an unequal distribution include some of the following:  the contribution to the marriage by each spouse, economic circumstances of the parties, the duration of the marriage, interruption in personal careers or educational opportunities, the contribution of one spouse to the personal career of the other, intentional dissipation, waste, depletion, and any other factor necessary to do equity and justice between the parties.  It is common for litigants to try to squeeze their factual circumstance into one of these factors thinking that it applies, but the case law in Florida raises it to a much higher standard than what most people do during a marriage.  A very common claim for unequal distribution is when one litigant brings more money into the marriage and the party’s lifestyle is elevated because of that.  For example, if the husband brings a lot more money designated as premarital into the marriage, the husband may feel that any assets purchased during the marriage should be awarded unequally to him because the lifestyle originates from non-marital money.  Usually this will not be the case, if something is classified as marital, at the very least it will be probably classified as a marital gift.  A marital gift is divided in a divorce.  Length of marriage does come into play on this, however.  For example, the court doesn’t want one party to have a windfall just because they were married.  If a husband purchased a house for the parties with non-marital money, and that house is worth, say, five million dollars and also as a factor, the parties were only married for about a year, there is case law that would support the husband getting that entire house.  This would be a clear case of one party taking advantage of another and the courts would usually side with the party seeking an unequal distribution.

A family law court is a court of equity which means that it is always trying to do the right thing.  The parties may not believe it is the right thing but that is the goal nonetheless.  A basic analysis from Florida case law simply states “In making an unequal distribution, a trial judge must ensure that neither spouse passes automatically from misfortune to prosperity or from prosperity to misfortune, and, in viewing the totality of the circumstances, one spouse should not be short changed.” Contact Kenny Leigh & Associates today in order to ensure your marital assets are distributed fairly.