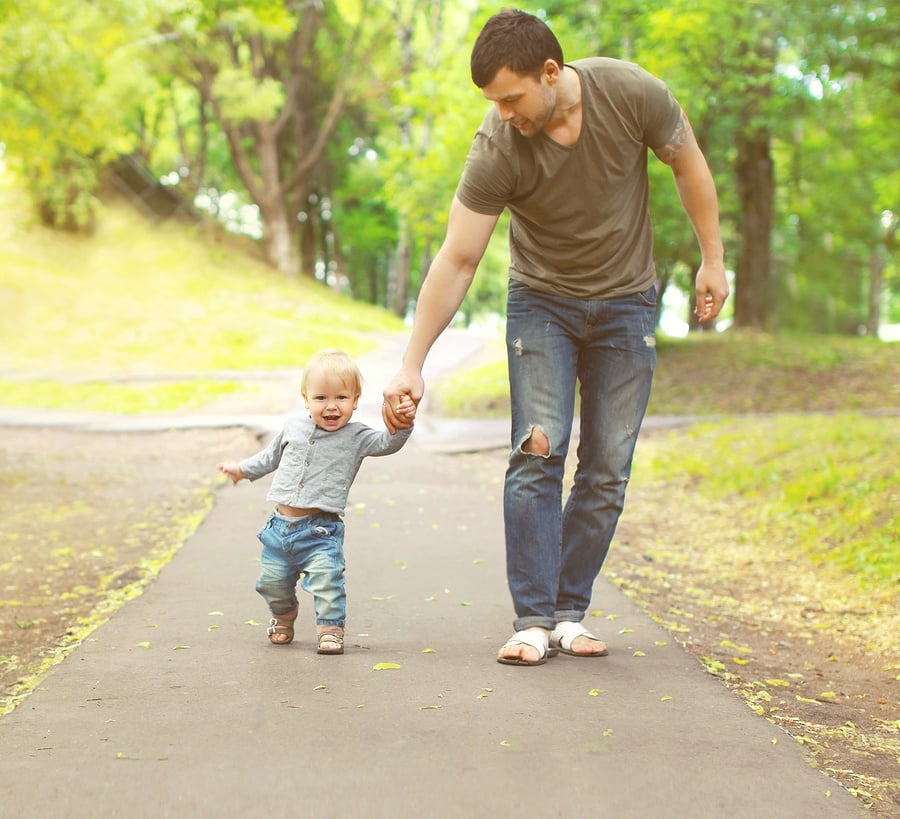 If a person who has been acting as the father of a child, even though the child is not biologically his and non-biological father is married to the mother, the facts of the case comes into play. It basically depends on how long the nonbiological “father” has been acting in the capacity as a father. The doctrine of equitable estoppel precludes a person from maintaining inconsistent positions to the detriment of others. Equitable estoppel may preclude a husband from avoiding support of a child who is not biologically his child. The doctrine may also preclude a wife from denying her husband’s paternity. A court may estop the wife from denying her husband’s paternity after accepting the benefits of marriage, including the husband’s financial and emotional support of the child.

A biological father may attempt to legally intervene; however, a Florida law historically has placed a very heavy weight on the detriment to the child should the court disrupt the child/father relationship that already exists between the father and his child. It will be the biological father’s burden to prove to the court why establishing him as the father is in the best interest of the child. In one case, the court said, “Admittedly, natural parents have certain presumptive rights of custody, as to their offspring. Those rights, however, are not absolute. Children are not property but individuals whose needs and physical and mental wellbeing find protection in the law. The cases dealing with custody contests between a natural parent and a third party are replete with declarations that the privilege of custody of the natural parent must yield if such custody will be detrimental to the welfare of the child.”

The Florida Supreme Court later developed the Privette standard for determining whether it is in the best interest of a child for a biological father to intervene in a dissolution of marriage with a legal father. “It is conceivable that a man who has established a loving, caring relationship of some years’ duration with his legal child later will prove to not be the biological father. Where this is so, it seldom will be in the children’s best interest to wrench them away from their legal fathers and judicially declare that they now must regard strangers as their fathers. The law does not require such cruelty toward children.”

It is the intent of Florida law that the trial court have executive decision making of time-sharing arrangements. Florida judges are required to apply the “best interest” standard in making decisions concerning time-sharing and parental responsibility of children. Any decision involving a child, even one where an expert has provided an opinion or two parents have an agreed upon arrangement, the court must evaluate the best interest of a child when making a decision concerning that child’s relationship with their parent.

Florida Statute 61.046 includes, in the definition of a “parenting plan recommendation,” the term “a nonbinding recommendation.” Florida appellate courts have similarly held, “It is improper for trial courts to delegate the authority of making time-sharing arrangements, even to those appointed by the court to make recommendations.” It is the trial court’s responsibility to ensure that an appropriate relationship is maintained between a parent and his or her children and that responsibility cannot be adjudicated to any parent or expert. Simply put, “The trial court cannot delegate its authority to another person to rule on the visitation details. The trial court must ensure that an appropriate relationship is maintained, and it cannot delegate its responsibility to set the visitation details.”

“It is undisputed and should be indisputable that a trial court’s responsibility to the child cannot be advocated to any parent, any expert. That heavy responsibility mandates that a court is not bound by any agreement between parents nor by the opinions of any experts or group of experts. The best interest of the children are to govern the custody decision, regardless of any stipulation between the parties.”