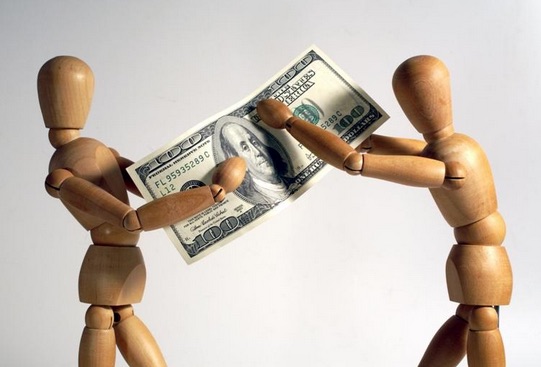 As with any law, there are so many different ways that things can happen.  Every case is specific to the facts of its case, so there is no one-size-fits-all approach to any law, especially alimony.  General rules and case law and statutes regarding alimony are pretty straightforward and follow.  Need and ability to pay are main findings required for alimony, a trial court errs in its alimony award when it lacks required factual findings.  A trial court must provide factual findings in most cases.  For example, one trial court erred by providing automatic increases in alimony payments when child reaches majority, without making specific findings.  In that case, the final judgment provided for an automatic increase in alimony when child support payments terminated and failed to articulate any reason or factual findings to support the automatic increase.  This is impermissible.  A party’s ability to pay alimony should be based on that party’s net income, not gross income.

A court is not required to make findings of fact when it denies alimony.  Only when it awards alimony.  Regarding a magistrate’s findings, in one case a former husband appealed the final judgment of dissolution of marriage and order adopting the magistrate’s amended report, arguing that there was not contempt, substantial evidence of the former wife’s need for alimony and the former husband’s ability to pay.  In determining whether to award alimony, the court first must make the factual determination as to whether either party has an actual need for alimony and whether either party has the ability to pay.  The magistrate failed to make the specific factual findings.  Based on the former husband’s financial affidavit and his gross income as determined by the magistrate, he had a monthly deficit even without considering alimony or child support.  Therefore, even if the former wife had established need, the trial court abused its discretion by adopting the magistrate’s recommended order because there is no competent, substantial evidence to support the determination that the former husband had the ability to pay.  Additionally, the magistrate based the alimony award primarily on the fact that there was a disparity in the parties’ income.  However, a trial court is not required to equalize the financial position of the parties.  It is important to note in this blog, these are not cases necessarily that Kenny Leigh & Associates were involved in.  This is just a summary of miscellaneous cases and statutes in Florida focusing on current alimony law.

Another case regarding a trial court’s failure to make factual findings relative to the specific list of factors set forth in Florida Statute Section 61.08 is as follows, the parties were married for eighteen years.  The husband earned about $177,000 annually while the wife earned about $109,000.  The trial court denied the wife’s request for permanent alimony, finding that her need for same was not proven.  The court failed to address the statutory factors regarding the type and the amount of alimony since there was no proof of a need for alimony.  On appeal, the wife argued that it was error for the court to deny her permanent alimony without making the factual findings required by Section 61.08.  A final judgment awarding or denying alimony must contain findings of fact relative to the specific, non-exhaustive list of factors enumerated in Section 61.08.

The Section mandates that the trial court evaluate any relevant economic factors, including the parties’ earning ability, age, health, education, standard of living during the marriage, and value of each party’s estate and contribution to the marriage.  A trial court’s failure to make such findings constitutes reversible error, as the absence of these findings impedes appellate review.  Here, the parties’ marriage was subject to the presumption for permanent, periodic alimony if a need was demonstrated.  The wife may have been entitled to permanent alimony, but that conclusion could not be reached by the appellate court, as the trial court failed to set forth findings of fact.

Another case involving alimony is when the parties in a short-term marriage disputed the validity and enforceability of a prenuptial agreement.  The prenuptial agreement allowed for a limited alimony based upon the husband’s current net worth and his agreement to provide the wife with health insurance.  At the final hearing, the judge informed the parties that any decision about alimony would not be affected by the ruling on the validity of the prenuptial agreement.  The wife requested over $7,000.00 per month in alimony, but the wife’s accountant could not render an opinion about the parties’ marital standing of living.  The husband’s vocational expert testified that the wife was educated, healthy, and could earn up to $43,000.00 per year.  The court held that even if the prenuptial agreement was not enforceable, the wife worked prior to the marriage, during the marriage, and since separation, and that she was not entitled to alimony based on the enumerated statutory factors in §61.08.

The trial court also found that the wife did not propose a rehabilitative plan.  The trial court’s decision on alimony was affirmed as it fully considered the issue independent of its ruling concerning the validity of the prenuptial agreement, which was deemed invalid on appeal.  The trial court contemplated the issue in light of the statutory factors in Section 61.08 and determined that the wife was not entitled to alimony except as provided for in the prenuptial agreement.  Since the prenuptial agreement was found to be invalid, the wife was not entitled to any alimony.  In determining voluntariness of unemployment, if a trial court relies on a denial of Social Security Disability benefits, it must explain how that might relate to the purposes of alimony contemplated under Florida Law.  The trial court must make specific findings of a spouse’s actual income justifying an alimony award even when the court candidly admits it cannot determine that income.  A court erred in its determination of alimony by failing to make explicit findings as to all statutorily mandated factors.

In another case, the parties were married for thirteen years.  They once owned a tile business that was quite successful, but the business began to deteriorate at the same time as their marriage.  The former wife worked as a sales manager for a tile retailer, and the husband obtained his general contractor’s license.  The trial court awarded the former wife nominal alimony of $10.00 per month and found that although the former husband was earning less than the former wife, his work history and general contractor’s license evidenced that he had the potential to earn significant income.  Generally, a party is entitled to alimony when that party has an actual need for alimony and the other party has the ability to pay.

An award of nominal alimony is appropriate where the recipient spouse would be entitled to alimony but for the paying spouse’s current inability to pay, which is reasonably expected to change in the future.  In determining whether a spouse is entitled to nominal alimony, the trial court must find that one party has a need for alimony and must weigh the factors enumerated under Section 61.08.  The trial court’s final judgment awarding or denying alimony must contain findings of fact relative to the factors enumerated under Section 61.08, and failure to do so constitutes reversible error.  Here, the parties’ thirteen-year marriage fell within the gray area between a short-term and long-term marriage, and there was no presumption for permanent periodic alimony.  When a marriage falls within the gray area, factual findings are essential to facilitate appellate review.  Although several of the factors can be established through the record, the record does not adequately establish factors relating to the former wife's need for alimony, specifically the parties’ standard of living during the marriage, contribution of each party to the marriage, or the sources of income available to the former wife.

Kenny Leigh & Associates is a firm that specializes in men’s rights in divorce and family law.  We have nine offices throughout the State of Florida.  Go to divorcemenonly.com to find out more.