Know your Rights about Child Custody During Separation 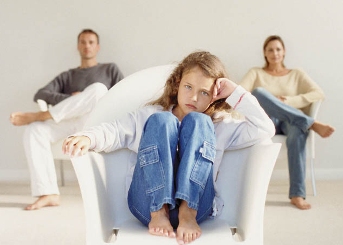 It’s unfortunate, but it happens: a marriage doesn’t work out. In a best case scenario, the breakup is amicable and the two parties go their own ways, possibly with a separation. This is a legal proceeding whereby a married couple asks the court to end their marital obligations to one another. They are still technically married until they get divorced. However, this situation becomes more complex when children are involved.

Child custody issues are typically resolved as part of divorce proceedings. But before that happens, there are questions—what happens before the divorce is complete? How do you reconcile child custody during separation?

Simply put, both before and during the divorce process, both the father and mother have the same legal rights regarding the custody of the child until one or the other either foregoes or is denied full custody.

The best way for separated parents to decide on custody rights is for them to work together to resolve custody concerns. Depending on the ex-spouses’ relationship, informally negotiating a custody arrangement can be less antagonistic than resolving it through the courts.

If they cannot reach their own agreement, and mediation doesn’t work, the parents may need the court to decide the child custody arrangement, which will made based on the best interest of the child in question.

To maintain your custody rights during the separation portion of a divorce, keep the following points in mind:

Separation is a highly emotional time, and can be greatly overwhelming. Negotiating your way through child custody can be difficult, but a reasonable compromise that demonstrates both parents’ love and respect for their child is the optimal outcome.

Navigating this situation usually requires the expertise of professionals, such as Kenny Leigh and Associates, to ensure that you have fair access to your child, regardless of the relationship with your ex-spouse. Being calm and fair during a contentious time can only demonstrate your commitment to the well-being of your child, and this is something that courts and judges will remember.

For more information about your custody rights as a father during separation, and the factors that can affect them, consult with a licensed attorney at Kenny Leigh and Associates.