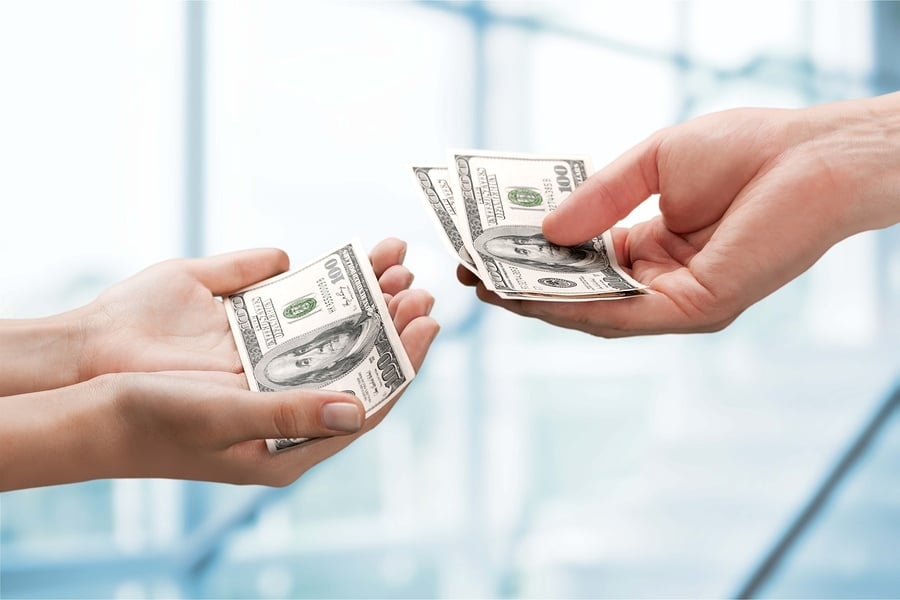 Many people believe that there is only one form of alimony. They think you have to pay alimony for the rest of your life if you get a divorce. That is not true. There are many forms of alimony.  There is permanent alimony, which I consider to be the worst. That is alimony that continues until the other person remarries or until there is a substantial change in circumstances, such as differences in income or cohabitation, etc. Another form of alimony is rehabilitative alimony. This is alimony that comes with a plan. Basically the spouse of the payee has to do something.  Whether it be needing time to finish a college degree, nursing degree or just get on their feet.

The most common form of alimony is durational alimony.  This is alimony that is set for a certain number of years, but it cannot exceed the length of the marriage. This is where the court will usually “split the baby” and make durational alimony half the length of the marriage. There is no case law to support this; it just seems to be a practicality of where durational alimony usually ends up. Make sure to look at the alimony statute because it is surprisingly clear with regard to the different forms of alimony. And remember, there are always tax implications with alimony. Alimony, for tax purposes, is considered gross income. That means taxes will have to be paid on it. Usually the taxes are paid by the payee spouse, but as in all areas of the law, it is not black and white. A court cannot just choose alimony on a whim. There must be findings of fact. If the parties are making an agreement, there do not need to be findings of fact. There are all kinds of parameters the court must follow. For example, in one case, the parties were married for 22 years. Their only significant asset was the marital home.

In the final judgment, the court awarded the wife the husband’s ½ interest in the marital residence as lump sum alimony based on the rationale that the wife was entitled to permanent alimony, but the husband had demonstrated hostility against providing spousal support. The trial court reasoned that awarding the wife monthly support would only encourage the husband to continue to defeat the wife’s right to support by concealing or hiding his earnings. Section 61.08 authorizes permanent alimony payments in lump sum. It is not actually a third type of alimony, but rather a means to accomplish the ends of rehabilitative or permanent alimony. It differs from other alimony remedies in that it may be comprised of real property, and it establishes a fixed monetary obligation that vests immediately, if non-modifiable, and does not terminate when the payee remarries or when the payor dies. To award lump sum alimony, the trial court must find proof of special circumstances, where other forms of alimony are not available or appropriate.Here, the trial court was justified in its findings, based upon the husband’s threats and history of non-payment, that unusual circumstances existed which justified the imposition of lump sum alimony over permanent periodic payments. However, the wife’s re-marriage terminated her entitlement to permanent alimony at the time of the hearing.

Other cases have different outcomes. For example in another case, at the time the case was filed, the parties had been married for 16 years and 8 months. The husband had an annual gross income of over $100,000.00 per year.  The wife had not been employed for 14 years, but had just begun a part time job earning approximately $12.00 an hour. The wife had a rehabilitation plan to become a board certified behavior analyst in three to four years. In its original final order, the court awarded the wife lump sum alimony in the form of equity in the marital residence and rehabilitative alimony in the amount of $2,000.00 for 10 years. Both parties moved for re-hearing. Following re-hearing, the court reduced the rehabilitative alimony award to $1,500.00 per month for three years and further stated that the wife’s permanent alimony was the husband’s interest in the marital home. Since the marital home cannot be awarded as permanent alimony, the court likely intended to award it as lump sum alimony in lieu of permanent alimony.

An award of permanent alimony must be based on the needs of one spouse and the ability of the other spouse pay.  The court must consider the factors set forth in section 61.08 (2) in reaching its decision. The disparity in incomes at the time of the final hearing suggests that the wife was entitled to an award of permanent alimony. However, the denial of permanent alimony may be justified, assuming the trial court intended to award the marital home as lump sum alimony. Nevertheless, such an award is unreasonable where the wife’s income is insufficient to satisfy her monthly expenses. The marital home may be awarded as lump sum support alimony, but lump sum alimony requires a showing of need on the part of the recipient spouse, an ability to pay on the part of the payor spouse, and a justification for the payment.

In another case, the wife argued that the trial court erred in entering the final judgment which made a lump sum alimony award of the marital home to her, but failed to convey marketable title of the property to her.  When a trial court finds that a party is entitled to a conveyance of real estate as lump sum alimony, the decree should require the conveyance and should declare that it is a lump sum alimony award. A final judgment will operate as an automatic transfer of interest in property only when the language of the final judgment expressly transfers a property interest from one spouse to the other or declares that one spouse has sole interest.

While the final judgment properly awarded the marital home as lump sum alimony, it did not include specific language of conveyance of title to the wife. Kenny Leigh & Associates is a law firm that practices in the State of Florida.  We exclusively represent men in the area of family law.  If you have any more questions regarding this or any other family law matter go to our website at divorcemenonly.com.