Who Pays The Household Bills During A Divorce? 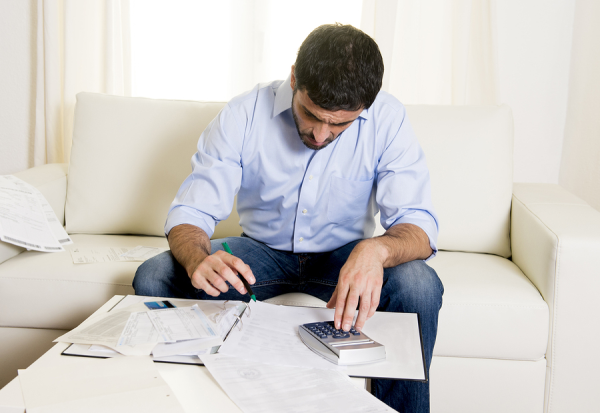 The divorce process is multi-faceted, a legal unraveling of marriage that touches on numerous aspects of a former union. However, as you go through divorce, many of the issues waiting to be sorted out fall into muddled, gray areas. One of those areas may involve your marital identity. To be precise, examining your familial role as a wage earner that normally paid the bills and how divorce redefines that position. If you were used to paying bills and contributing financially to the household in other ways, does divorce change that? Who pays the household bills during your divorce?

Does it Pay to Keep Paying?

Keeping the financial status quo throughout divorce has its upsides — and its downsides. Depending on the circumstances surrounding divorce, keeping up a longstanding payment routine could feel like you’re either being taken advantage or feels like the right thing to do. In reality, deciding on bill-paying is a tricky illusion that is largely driven by emotions. It’s one of the most common mistakes that occurs during divorce proceedings.

The only thing that can truly determine if you should continue to pay certain expenses and utilities is a court order or a recognized agreement with your former spouse.  If you are able to communicate and agree with an ex about how to cover financial responsibilities, it may certainly spare you the grief of a contentious battle over money. If a court must make that decision, the final answer may not be pleasant or even affordable. A mutual agreement about who covers what bill may be the best outcome for both parties.

On the flip side of that scenario, there are divorces where a mutual agreement is unlikely and requires the court’s intervention. In such cases, it may be better for a judge to scrutinize each party’s monetary base and issue a court order that delegates who pays for what.

What Should You Keep Paying For?

It’s admirable to have noble intentions when you’re paying household bills during divorce. However, it may not be practical unless it’s also in your best interest. A good example of how maintaining payments can reflect well on you (and your credit) is the classic joint account. Joint accounts, unlike individual accounts, are held in both yours and your ex’s names. That means that both of you are responsible for maintaining the account and keeping it in good standing. During a divorce, it is possible that you have left the marital home and set up shop in a new place. However, if an account still has your name on it and it is attached to your ex’s home, you’ll still be on the hook for whatever charges are incurred.

After dividing debts and assets, it may be easier to ascertain what bills to pay because fiscal boundaries will be established. In fact, it may not be the worst idea to begin separating what belongs to whom when the prospect of divorce seems imminent. Individual accounts, or accounts in one person’s name, will typically remain that individual’s responsibility during and after divorce. However, joint accounts will need to be divvyed up, if not dissolvable. Common joint accounts with bill-sharing responsibilities typically include:

In Florida, it’s not unusual for family-related bill responsibility to fall on both parties until an actual legal agreement that establishes specific responsibilities is in place.

When Paying Now Could Mean You Really Pay Later

What if you just don’t feel right about not taking on the same bill-paying responsibility after divorce proceedings begin? Once again, it is a common dilemma for many people going through the process when one of their primary responsibilities was paying the bills in the marital home. It may almost seem normalizing to keep the routine going, helping to ensure that there are no further disruptions outside of the divorce itself. After all, a court would look kindly upon the providing husband and father that kept giving so selflessly, right?

Wrong. Very similar to court-ordered or court-approved child support, you don’t get character or legal credit for paying the bills from a court unless a binding, legal agreement is in place. For example, say that you’ve moved out of the marital home, but the mortgage is in your name (or jointly so) and the payments are still due monthly. You decide to keep paying the $800 monthly payment until you and your ex can reach a financial agreement or sell the property. If the court case determining property division is still three months away, you will shell out $2,400 before stepping in front of the judge. Without a legal agreement designating fiscal responsibilities or acknowledging your dutiful participation, those payments might as well have come from your ex.

Continuing to pay the bills might be extremely honorable. However, without a legal agreement that protects your contributions and interests, it's little more than a good feeling. Even if your relationship with your former spouse is amicable, you have an obligation to yourself to protect your legal interests and rights. If you're going to be the ultimate good guy, then be good to yourself and find a reliable lawyer that will be on your side.