9 Factors That Could Affect Your Child Custody Arrangement 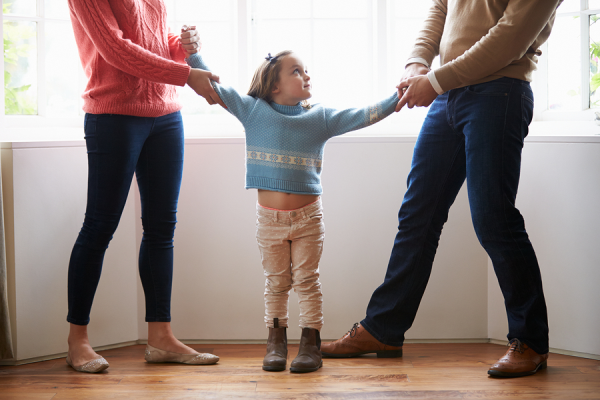 When it comes to child custody, there are some pretty standard factors that a court looks at when deciding the nature of custody arrangements and child support. Knowing what these factors are can give you an advantage when fighting for full or shared custody. Here are the nine things that a court will be looking at when deciding custody arrangements.

1. The Wishes of the Parents

The court does indeed take into account the wishes of each parent. Of course, when that becomes a problem is when both parents want full custody, or have not agreed on terms. Then, it is up to the court to decide what is best for the children based upon the other factors that they take under consideration. Often, if an amicable agreement, including child support, can be reached by both parents beforehand, the court will uphold that agreement unless there is some other factor that makes the court think that the arrangements are inappropriate.

2. The Wishes of the Children

Although the court does not put as much weight on what the child wants as what each parent does, or what the recommendations of social worker or other professional are, the court does take into consideration the child's wishes. Children are not always the best judge of what is best for them and if the child wants to stay with one parent because they are more lenient or because they spoil them, the court will likely make a different recommendation. The court will also consider the age of the children before deciding how heavily to weight the wishes.

3. The Relationship Between Children & Each Parent

The court does look at the very important relationship between each parent and each child. If one parent has been an absentee parent most of the time and the child has developed a much stronger relationship with the other parent, then it will likely be the absentee parent that is awarded visitation rather than custody and must pay child support and other obligations. The court will often use a professional social worker to determine how strong the relationship is between parent and child in order to make the best custody choices for the child possible.

If one parent is physically disabled and will have a harder time taking care of the children, this is something that the court will look at. Although most of the time disabled parents are as capable of taking care of their children as a non-disabled parent, the court must look at this when deciding who will get full-time custody, which will have partial custody or visitation, or pay child support. This is the same - and even more so - with mental disabilities. If one parent is mentally disabled in some way or suffers from an emotional condition, the court may decide to award custody to the other parent instead.

5. The Willingness of Parents to Work with Each Other

Each parent will be interviewed to find out just how willing they are to work with the other parent. The court does not want to deprive children of either one of their parents, and if awarding custody to one parent will severely restrict the amount of time they get to spend with the other parent, this will be a strong determining factor. The best way to avoid this problem is to make sure that each parent realizes that the other parent has the right to see their children as well and try to work out an amicable settlement beforehand.

6. The Majority Caregiver Up Until This Point

The court will consider which parent has been providing for the child the most. This doesn't just mean providing financially because financial support is often done through child support. The court will consider all types of care such as transportation, teaching, feeding and, in general, parenting. The court will also consider factors such as the household set-up - where one parent works and cannot spend as much time with the children as the parent who is not employed or is only employed part-time.

7. The Parent's Living Accommodations & Ability to Provide for the Child

8. How Much of an Adjustment Will be Required

Obviously, divorce will cause some adjustments to be made but the court wants to make as little of an impact on the child's life as possible. That's why the court will look at how much the child will have to readjust if they live mostly with one parent or another, or even with shared custody.

The court will not only consider any actual incidents of abuse or neglect when it comes to awarding custody, but they will consider allegations of neglect or abuse as well. If one parent has made allegations that turned out to be false, the court will weigh this heavily when deciding how to arrange custody.

If you have any questions about your own custody battle, contact us today and we'll guide you in the right direction.