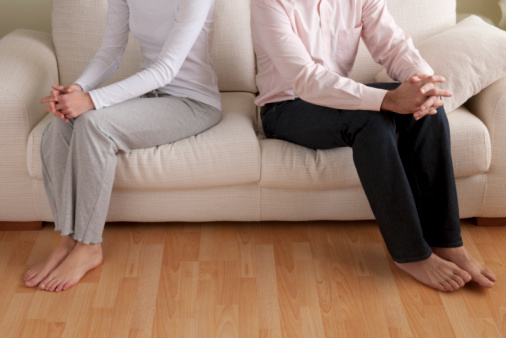 Verbal agreements can be just as binding as written agreements, but only if both parties are willing to honestly acknowledge the agreement. However, words really have no meaning in the legal system, unless they are backed up by documentation. Many men find themselves in a dilemma, when they have not properly documented agreements with their ex-spouse and are later faced with child support, custody agreements, divorce related issues, and division of property. With offices in Jacksonville, Fleming Island, Daytona, Gainesville, Fort Walton Beach, and Boca Raton, Florida, Kenny Leigh and Associates is a family law firm that represents only men and is committed to helping men understand their legal rights.

Think Before You Enter into a Verbal Agreement

Getting a divorce is never easy. There are many factors to consider and major changes to work through. What's more, life is not the same once couples enter into a divorce agreement. During these difficult times, some husbands and fathers will unintentionally do more harm to their own case, by not requiring that important agreements be documented in writing.

For example, a father might honor a verbal agreement to pay a certain amount for child support each week. However, when the mother is asked if she received any child support, she could boldly say, "No." The father is then stuck with no way of proving that he had indeed been paying the agreed upon amount in child support faithfully each week.

What's the Best Way to Handle This Kind of Situation?

In legal cases, where the well-being of children and families is at stake, the court system operates by having all conversations and payments documented in "black and white."

There is a saying that is probably has old as time itself, but the concept never gets old; "If it is not documented, it is not done." Simply put, if you did what was required of you and you did not document it or obtain proof for yourself, it is the same as if it was never done. After all, you have no way of proving otherwise.

Moreover, the court only honors what they consider to be legal and binding documentation. Even if both parties agree to lower the amount of child support payments, eliminate alimony, or otherwise divide their worldly possessions, the family law division can override the verbal agreement.

How Can Men Only Family Law Help Men Understand?

A men only family law firm, that is, a law firm that represents men only, can help men understand the importance of documentation and other legal pitfalls. The court does not view verbal agreements as holding much value. In fact, family law court in Florida insists upon having all agreements documented. If changes are to be made in child support orders, child support modification forms must be submitted.

Changes in divorce decree? It must be outlined, documented, and filed with the family law division. Until men understand the legal process of divorce, child support, alimony and verbal agreements, they will always find themselves on the "short end of the stick." Never take a person's word for anything, require her to put it in writing.

With offices in Jacksonville, Fleming Island, Daytona, Gainesville, Fort Walton Beach, and Boca Raton, Florida, Kenny Leigh and Associates is a family law firm that represents only men in all of North and South Florida.