Child Support Statistics You Should Know 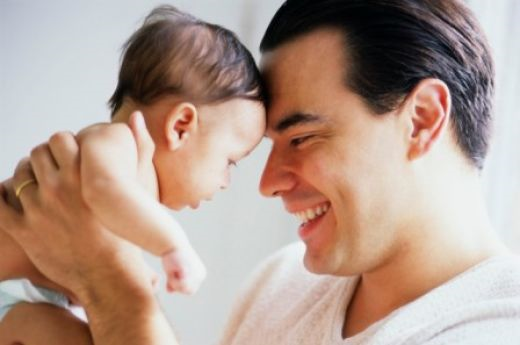 As an active dad, you go far beyond simply changing a few diapers. You are the one attending to your child's emotional needs and genuinely love being the one taking care of them. From potty training to tantrums and homework, you are involved in a meaningful way.

So, what happens when a dad who is actively involved is faced with the possibility of a nasty custody battle? The top five things that active fathers should know before they ever walk into a courtroom are outlined below.

Fight to the fullest to ensure you are going to get as much time as you can with your children. Regardless of whether you are fighting for the children to live with you or you just want to have a heavy amount of visitation time, you need to be clear about what your goals are and strive for what it is that you want. Create a strategy to demonstrate that you understand what the child’s schedule is, their needs, and routine. Demonstrate that your schedule is completely workable, in the best interest of the little ones, and realistic. Don’t settle for a temporary schedule that isn’t going to give you much time and expect that you can fix it later.

Find an attorney who is going to work for you. Many attorneys simply don’t get it. They can’t imagine why a dad wants more time with the kids. You are dealing with a system that has historically favored the custody wishes of the mother, but that has changed.

Kenny Leigh and Associates is a men only family law firm with 6 offices in Jacksonville, Gainesville, Fleming Island, Daytona, Fort Walton Beach, and Boca Raton, and serves all of North and South Florida.

When talking about custody, you don’t want to bring up issues with child support. Many lawyers assume that the reason you want to spend more time with your children is so you don’t have to pay child support for men Ft. Lauderdale, even though you have facts stating that you are the more nurturing individual.

Kenny Leigh and Associates is a men only family law firm with 6 offices in Jacksonville, Gainesville, Fleming Island, Daytona, Fort Walton Beach, and Boca Raton, and serves all of North and South Florida.

Draw up your schedule. Write up a quick calendar grid that has everything labeled as to what each parent is proposing. This tends to be one of the most effective, because you might think something doesn’t sound so bad when you say it, but seeing it on paper makes you think twice about it.

You might find that there are several days in a row during which the children will not see you at all, which could be crushing to small children who are used to seeing their dad every single day. Beyond presenting the information to the judge, you might be able to persuade the mother to change her mind as well.

You can try extending the olive branch slowly to the mother. At the end of the day, you and your ex are the ones who are going to be responsible for parenting your children. Once the hearings are over and everything has settled down, you have to make things work together. Horrible custody battles can set a detrimental tone for the remainder of the relationship.