How to Know if Mediation is Right for You 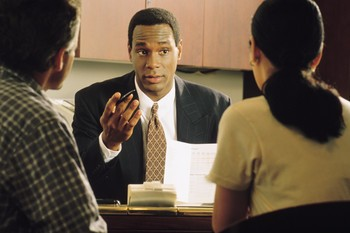 Divorce mediation is a process where both parties sit down and allow a third-party who is neutral to the case resolve the issues surrounding their divorce. In some instances, this can be great for couples without any deep-rooted animosity toward each other. Before you make a final decision on mediation lawyers in Jacksonville or at one of our other offices, consider what type of relationship you have with your spouse. If the following statements are true, mediation may be the best way to finalize your divorce, with mediation lawyers in Jacksonville working on your side.

Kenny Leigh and Associates is a men only family law firm with six offices in Jacksonville, Gainesville, Fleming Island, Daytona, Fort Walton Beach, and Boca Raton, serving all of North and South Florida.

The Divorce Decision is Mutual

At times, the decision to get a divorce is a mutual one. Both of the parties involved have arrived at the same conclusion, close to the same time, that is that their marriage is over. For others, though, the decision tends to be more one-sided.

When the decision is mutual, you can usually use mediation lawyers in Jacksonville to work out a settlement agreement fairly. However, when one spouse is the one making the decision to file for divorce, it’s only natural that the other is going to be uncooperative with any of their requests to move the process along, including the chance to speak with mediation lawyers Jacksonville. If the divorce was more focused on one person over the other, more time may be needed before the mediation process can begin.

Kenny Leigh and Associates is a men only family law firm with six offices in Jacksonville, Gainesville, Fleming Island, Daytona, Fort Walton Beach, and Boca Raton, serving all of North and South Florida.

You Don’t Have a Desire to Reconcile

If both of you have accepted the fact that your separation is going to be permanent, and neither one of you wants to get back together, the odds are that you both have reached an emotional point in the divorce where mediation lawyers in Jacksonville or our other Florida offices are going to be productive.

Spouses that would like to remain on good terms with the other party, either because there are children involved or because of their own beliefs and values, can use this to handle any rough spots in dealing with the compromise and negotiation of the mediation process. It might not be essential to having a good mediation, but it will definitely help.

Do you have a lot of animosity toward the other spouse that might go against the mediation process? If so, you might want to work in coordination with a counselor on how you can handle your own emotions while speaking with the mediation lawyers in Jacksonville or our other locations. Finding a mediator who is willing to conduct some of the meetings separately is another great way to avoid having to deal with your spouse directly.

You Aren’t Blaming the Spouse for the Separation

Even though it can be entirely natural to blame the other individual for those things that went wrong in the marriage or for making the decision to part ways in the first place, you need to be on solid ground and without blame to be able to enter into a mediation agreement that you both are going to agree to. Blaming the other party isn’t going to get you anywhere in the mediation process. If you want your spouse to pay for what they did wrong in some way or another, such as letting you have the majority of the marital property, meeting with mediation lawyers Jacksonville might not be as productive as you might think.