Shifting Family Roles and Divorce: Stay-At-Home Dads on the Rise 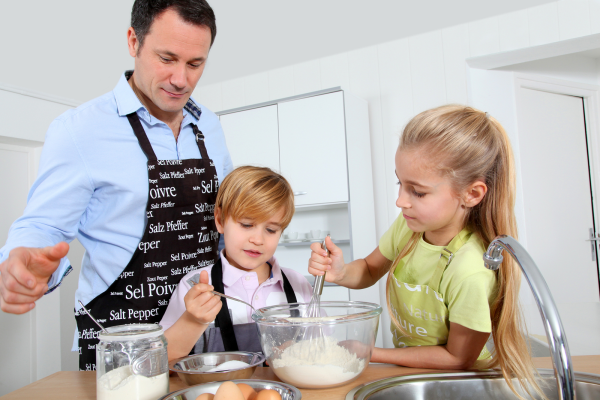 Once upon a time, stay-at-home parenting was generally for women only. In those times, it was incredibly rare that fathers were found in the primary caregiver position. However, in these modern days, stay-at-home fathers are on the rise, as traditional gender roles are proven to be in flux. As a result, more and more fathers are claiming their rights to acquiring their equal share of time with children.

Statistics Show That Stay-At-Home Fathers are on the Rise

Research findings show that stay-at-home dads have increased tenfold, at a whopping one in seven families today. This averages out to be around fourteen percent of families today having a father as the primary caregiver of the children. Due to women becoming more predominant in the work force, and men taking charge of their rights to equal time with their children, more fathers are taking on the responsibilities of the home and children to allow their spouses to work outside of the home.

Responsibilities and Hardships of the Stay-At-Home Dad

Being a stay-at-home parent is no easy feat. Stay-at-home fathers must raise their children and care for the burdens of the home, which may leave them feeling inadequate. Studies show that, although 43% feel blessed by their ability to be a stay at home parent, approximately one in five stay at home dads reported feeling as "less of a man" with their in home-parenting duties. Fathers may feel as though it should be their duty to be the family breadwinner due to traditional gender roles, causing mixed emotions in their role as the primary caregiver in the home.

Separation, Divorce, and Being a Stay-At-Home Father

Fathers who are stay-at-home parents prior to or at the time of a divorce or separation face a major dilemma. Issues involving child custody and child support will result in a multitude of emotional and financial hardships for the stay-at-home dad. These fathers may face the potential that the mother will take custody of the children after all the time he has spent raising them, leaving him and the children distraught over such changes.

Fortunately for fathers in these modern times, child custody is becoming more equally available to men, whereas in prior years, custody was almost always awarded to mothers. Father's rights are now easier to obtain than once before, and, with the help of proper legal representation, can save the relationship of the man with his children.

During separation or divorce, the resulting financial burdens for the stay-at-home father are immense. If a man was a stay at home father at the time of the separation, he may be left without financial stability. If the woman had taken the children, this can spell disaster. This may leave the men without an income while facing upcoming child support issues. With proper legal support in the form of a family law attorney, stay at home fathers are able to better fight for their rights and regain their freedoms both within their children's lives and financially.

Those men who became stay-at-home fathers after separation, perhaps for their children from their prior divorce or with children from their current marriage, may already be facing child support issues. These fathers most commonly must rely on their current spouse's income to provide payment for their child support responsibilities. However, a family law attorney, such as those experienced in father's rights, can assist in alleviating the financial burden brought on by child support cases for the stay-at-home father.

Serving both the northern and southern regions of Florida, Kenny Leigh and Associates provides skilled and experienced divorce and family law representation for men only who are looking to protect their rights and receive fair family time after divorce and separation. Kenny Leigh and Associates is family law firm that has six law offices in Boca Raton, Daytona, Fleming Island, Fort Walton Beach, Gainesville, and Jacksonville, Florida.