Things to Consider When Separating During the Holidays 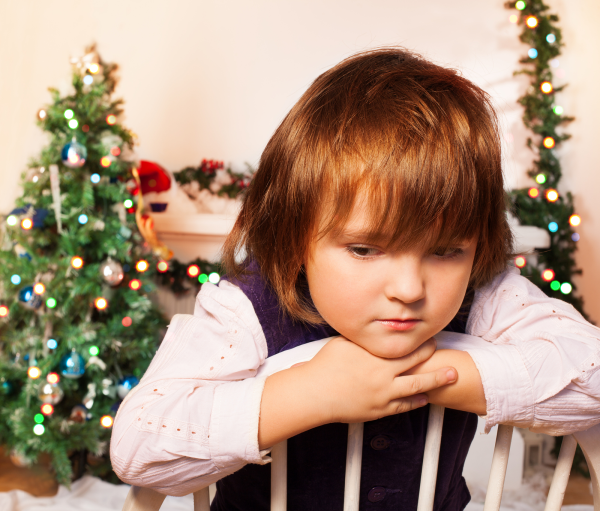 An old song says that this is the "most wonderful time of the year." Divorce is never an easy thing, and going through divorce during the holidays is almost unthinkable. The holidays are a time for family, but what if this December means a possible separation?

Sometimes, getting out immediately is a matter of physical safety. If not, it might be best to try and call a truce with your spouse. Do you have a habit of arguing or frustrating each other? Perhaps you might consider giving each other space, or attempting to compromise for the season. It might even be easier to have a mutual friend do the decorating or help keep things civil between you. Of course, this is only a temporary solution, but it might help your fragile marriage survive through Christmas and New Year's.

There are three major reasons to avoid a separation during the holidays. The first and foremost of these is your children. If you have one or more little ones in the house, they will be directly affected by a separation. Children, and even teenagers, can feel personally responsible for the failure of your marriage. Such trauma remains with the child, often for years, and might even affect their own relationships in adulthood. While it is possible to prevent this guilt through family discussions and counseling, the trauma of a separation during a time of year the kids look forward to most will ruin the holidays for them, not just this year, but potentially for years ahead.

Family law in Fleming Island has largely adopted a document known as the Children's Bill of Rights in an effort to help children weather a divorce. One of these rights state that "Children have the right to know well in advance about any major changes that will affect their life." Try spending some time to let the children know that their parents are not getting along like they should and that it isn't their fault. Everyone argues sometimes, and children will feel much better if they are reminded of this fact. When the holidays are over, discussions of a separation will be far less harsh because they know that you have been making an effort.

Extended Family and a Holiday Separation

The second major reason is extended family. This is one of those dreaded times of year when the entire family gathers. Sometimes, everyone gets along. Other times you might feel like you're in the middle of the Hatfields and McCoys. Divorce creates a rift between families, one which must be handled with care. Your in-laws are not only family, but also influential in this process. Keep in mind that in a divorce, some of her family may support you and some may support her. Others might take a more neutral stance.

With all of the stresses at this time of year, the prospects of divorce could take the blame game to entirely new levels. Where you might have gained some degree of support before, now those same in-laws are at your throat. They will likely blame you for ruining their holiday and do everything they can to give your spouse an advantage.

That might seem like an overly dramatic statement, yet it happens over and over again. Family law in Fleming Island is complicated because emotions and opinions are usually at the core of the dispute. Your family, including in-laws, all have their own perspectives on what is happening, and all of them believe their view is correct. By being honest about there being problems while avoiding the subject of separation, you will avoid creating unnecessary rifts. Remember, divorce affects everyone, not just you and your immediate family.

The Effects of Separation on the Holiday Budget

The third major reason to avoid a holiday separation is your wallet. The holidays are a time of great spending and this does not mix well with the high financial cost of divorce. During a separation, you will be faced with separation of not only persons, but also finances. There are filing fees for divorce and custody papers, as well as paying for separate lodgings, transportation, and other amenities you once shared. By waiting until after the holidays, you have more time to plan and save up, while still being able to get everyone gifts.

Even taking these matters into consideration, you might feel overwhelmed by the process of divorce. In such cases, it is best to consult a professional. Kenny Leigh and Associates provides North and South Florida with family law representation geared specifically toward men. In addition to their family law Fleming Island office, there are branches in Jacksonville, Gainesville, Daytona, Fort Walton Beach, and Boca Raton. They have made it easy to set up a consultation, and will guide you through the difficult process of separation and divorce.