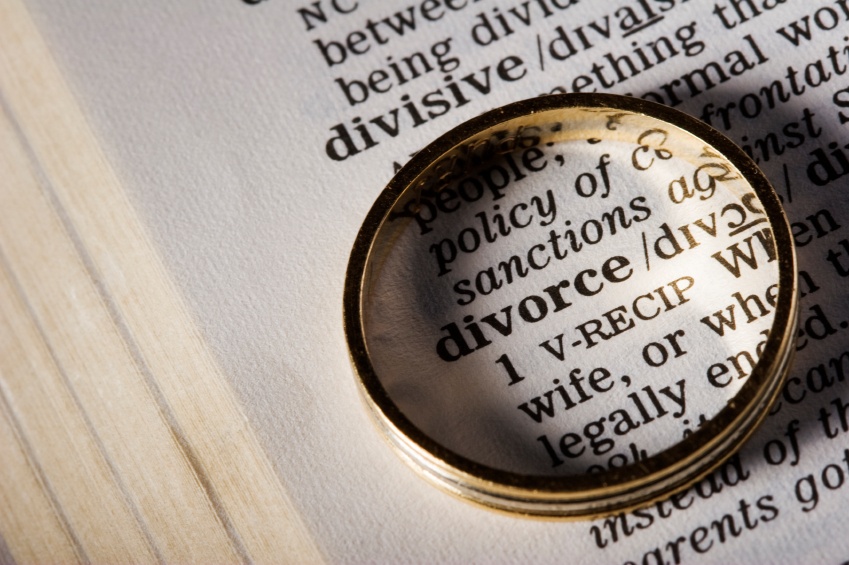 According to countless testimonials and advice columns, even the strongest marriages require effort to remain intact. However, when keeping matrimony together becomes more of a constant chore than a earnest challenge, it may be time to examine the possibility of ending the marriage altogether. Most people have the best long-term intentions when saying ‘I do’ and don’t get hitched frivolously. Therefore, paying attention to certain signals is important -- particularly when those signs are pointing toward divorce. Here are seven signs you might need a divorce and your marriage should take a final bow.

In theory, marriage is meant to be a partnership. One half may have certain responsibilities while the other half keeps up their end of the marital bargain by fulfilling other duties. In a healthy, functional marriage, whatever the designated division of labor comes down to, it works in favor of both parties. However, when a marriage meant to be a duet becomes a solo, it’s a huge tip-off that marital expectations are off-balance. Someone will be pulling more weight than the other, a scenario that is almost, always sure to lead to disappointment and resentment. Adding those two negative feelings together can easily equal divorce.

In a working marriage (or one that has the potential to work), spouses can typically use effective methods to communicate with one another in positive ways. It may require some patience, maturity and selflessness. Yet, the effort pays off when the marital rift is bridged. Marriages that are doomed are missing these tools, particularly when spouses either lack the ability or desire to find a way to work things out. Even if one partner tries to patch things up, marriage can’t survive on one person’s effort. It takes two to pull through, but it only takes one unwilling (or incapable) spouse to put the kibosh on the union.

When people decide to get married, starting a family is a common goal. After all, having children is often the reason many couples decide to jump the broom in the first place. So, when one spouse wants kids, but the other does not, it can be a deal breaker. While agreeing on such a fundamental desire is highly advisable before getting married, a person could also change their minds about wanting kids after vows are exchanged, too. However, if the other spouse is not on the same, child-free page, divorce could be imminent. If for nothing else, it gives the other spouse an opportunity to find a different type of relationship where family values – whether it includes children or not – are the same.

Infidelity is one of the biggest banes of sturdy unions and can wreak irrevocable damage on marriages. Some couples have the ability to weather a cheating storm, but it often takes a great deal of work, honesty and repaired trust to heal the marriage. Yet, the road back to stability is sometimes futile and can cause more harm than good. Trust is something that is difficult to reestablish, particularly if one spouse has cheated more than once or the fallout from an extramarital affair has heavy consequences. There are a great deal of divorce cases on court dockets that stem from cheating for a reason.

Most people experience change as they go through life, learning how to adapt to new circumstances and becoming wiser for it. Marriage doesn't prevent this type of growth, nor should it. However, when two people begin to evolve into different directions, it may mean their journey together has come to an end. This is one of the bittersweet reasons that divorce is inevitable. Positive change for the better is beautiful, but it can mean going separate ways.

Acquiring Too Much Baggage

Sustaining a marriage probably means taking a few hits from life. However, there is such a thing as a marriage taking too much of a beating and not being able to withstand anymore blows. There are a lot of reasons a marriage could buckle. Illness, infidelity, finances are just a few topics on a very long list of potential factors. Sometimes, it just becomes too much baggage and it may be healthier to just move on.

If you suspect that your marriage is in trouble and headed for divorce, know that you are not alone. Whether or not you've come to a decision about ending your marriage, it is important that you be prepared and understand your legal options. Contact the attorneys at Kenny Leigh and get ahead of divorce before it gets ahead of you.