10 Things You Shouldn’t Say To Your Kids About Divorce 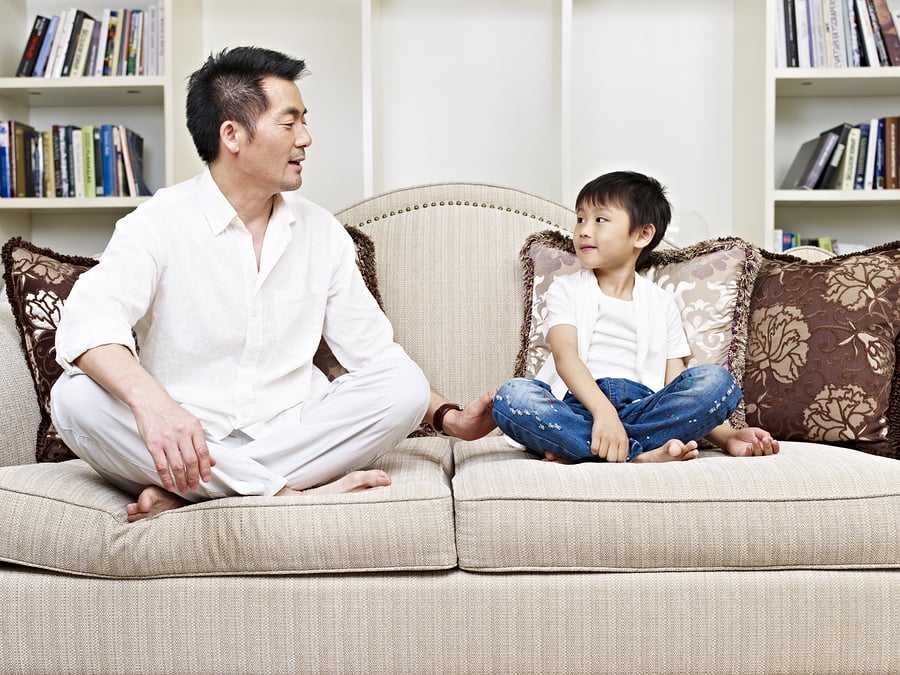 If there is anything most people can universally agree on, it’s that divorce can be messy — particular when children are involved. During divorce, heightened emotions, disputed finances and other disagreements only add to a frequently difficult process. The one beautiful constant in all of the chaos is the love you have for your children. With that in mind, it’s important to take care of a child’s physical and emotional needs during this tumultuous time. Here are 10 things not to tell your children during a divorce.

Children deserve to know certain truths about dysfunctional family dynamics because, in the end, it causes more damage. Tons of case studies prove how divorce adversely affects children and that warped sense of belief can negatively alter how children perceive themselves and others, particularly future relationships.  Children are also powerful lie detectors, understanding much more than adults often give them credit for being. Transparency about the divorce, including changes in finances or new time constraints, gives children valuable tools to deal with real-life scenarios and shows them that you value their intelligence.

But Don’t Speak Unguarded Truth Either

While children should not be lied to about divorce, how that truth is told matters. Realistically, divorces are a lot like marriage in the aspect that each one has its own unique set of factors and issues. Therefore, the back story for your divorce is bound to differ from someone else's. So, when you're being truthful with your children, avoid shelling out hurtful statements toward the other parent and leave the salacious details out of it. Your ex is still their parent, too and it gives your children another reason to respect you when you take the high road. Besides, too much truth of the negative variety could wind up hurting you in court if custody or visitation is a legal issue.

Don’t Argue in Front of Your Children

By its nature, divorce is a divisive action and any child affected by the process will need to make adjustments. Arguing in view of the children only makes it harder for them to get used to a new normal. Many times, this is easier said than done. However, refusing to engage in a verbal battle is a loving way to honor and protect your children from the ravages of divorce. It’s also not a bad way to reinforce how much you love them.

Don’t Be Too Pushy

Sure, many things will change during and after a divorce. New households, routines and even partners may come into the fray sooner or later. Part of growing up is learning how to adjust to changes in life circumstances. While you may be a pro, your children are still learning this lesson. Be mindful of that and give them time to get used to the prospect of changes. You’re still Dad and it’s up to you to set the tone. Set it gently and be patient. Your children will thank you later, either verbally, by example, or both. Whichever way the gratitude arrives, you'll be proud of them and of yourself.

Children are people, too. Therefore, they will have their own opinions and other things they may need to express about the divorce. Give them the opportunity to do so — within the proper forum. A temper tantrum in the middle of a store or a screaming tirade laced with profanity shouldn’t be tolerated, of course. However, providing your children with a safe environment for which to express how they feel about the breakup encourages trust in your relationship. It also fosters healthier avenues for your children’s ability to express themselves in a respectful, positive way. Believe it or not, divorce can be a teachable moment and you may become the best teacher they could ever hope to have.

Don’t Use Your Kids for Intel

There are plenty of ways to gather information about your ex. Your children should not be one of those methods. Try to avoid asking the children to “report” on the other parent’s activities, including finances or social outings. If there is a situation that gives you cause for concern, there are other avenues to explore to ensure your children’s safety and well being.

Divorce can be very frustrating, but that sense of unease should never be taken out on children. Never suggest or even hint that children are somehow responsible for a marital breakdown. Children tend to internalize divorce and blame themselves. However, children have no responsibility for an adult’s actions and choices. You and your ex are the adults in this situation. Let your kids be kids and keep the blame away from them.

If you’ve been the king of guilt-tripping, it’s time to abdicate that throne for the sake of your children. Try not to make your child feel bad for making choices that you don’t particularly like. When your kid wants to hang out with the other parent instead of hanging out with you, don’t take it personally. Children need quality time with both parents. Respect it now because the shoe will inevitably be on the other foot when your children prefer the pleasure of your company instead. Also, be fiscally prudent, but don’t be stingy about finances when it comes to the children. You’re not the bad guy, you’re just a divorcing one. It’s also a strong way to set a good example about staying generous through adversity and making proactive choices without being manipulative.

Don’t Stop Being a Parent

Divorce doesn’t make you less of a father. In fact, it means you have to step things up. Divorce puts the ‘single parent’ stamp on your parentage and that means holding the reins of parental responsibility with a firmer grasp. Now is the time to get a handle on our finances, plot a new course and become the best Dad that you can possibly be.