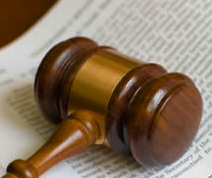 Currently, there are four types of alimony that can be given as a result of a divorce proceeding.  They are called bridge-the-gap alimony, rehabilitative alimony, durational alimony, and permanent alimony.

After hearing many opinions of those who have been divorced, a House panel began working on a controversial bill that would place new limits on alimony.

House Bill 231 and Senate Bill 718 are proposing to alter the way alimony payments are regulated in five important ways:

Stefani Nolan, a Jacksonville attorney with Kenny Leigh & Associates, says the bill takes alimony reform to the next step. Kenny Leigh & Associates focuses on men’s rights in family law. “Even with moderate marriage or long term, it tells the judge what kind of alimony he or she is going to set, that’s never been defined before,” said Nolan.