The Battle of Custody and Relocation from Florida

Custody and relocation battles are very prevalent in Florida’s family courtrooms. Relocation, or a change of residence, is the relocation of a child to a principal residence more than 50 miles away from the child’s address at the time of the request. If a parent wants to move a child less than 50 miles away from the nonresidential parent, a request for relocation is not necessary. Luckily for all parties involved, the courts are time sensitive to relocation cases. Once a temporary relocation is requested, the courts must hear the case within 30 days of the request being filed. If you are on a time crunch to move, you may be better off filing for temporary relocation first. 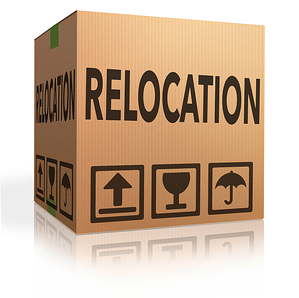 If you are in the midst of a relocation and custody battle, keep the following factors in mind. Judges will often base their decisions on:

When the Parents Agree

If both parents are willing to work with each other, a shared custody agreement may be explored. Shared custody agreements are the ideal approach to relocation cases because both parents are permitted a fair amount of time with their children. These agreements are also referred to as time sharing. With time sharing, one parent is awarded physical custody and the other is awarded generous visitation rights. Even in this situation, a parent cannot move more than 50 miles away for 60 consecutive days without a written agreement from all parties that are entitled to timesharing of the child or without filing a petition to permit relocation. The following occurs when both parents agree on relocation:

When the Parents Disagree

Most of the time, parents cannot agree on custody cases outside of court. If one parent disagrees to the move, a petition for relocation must be filed containing the below information.

Putting it Into Perspective

Fredman v. Fredman was a relocation and custody case from Florida. A couple years after the birth of their two sons, the couple chose to get a divorce. Once the mother got remarried, she wanted to relocate her children to Ponder, Texas from Brandon, Florida. The mother’s new husband and stepson lived in Ponder. The father immediately objected. The mother argued the benefits of moving the children to Texas included a bigger house, better schooling, and the possibility of her career advancement. The father and his defense team were able to dispute her testimony by proving that the benefits the children would arguably gain by relocating to Texas were also attainable in Florida.  It was recognized that relocating to Ponder would be valuable for the mother but it was not necessarily in the best interests of the children. The court ruled in favor of the father, which prevented the children from relocating, based on the following points:

When it comes to cases of family law, men face an extreme disadvantage in court. Kenny Leigh and Associates understands that and is dedicated to fighting for men’s rights. If you are challenged with a custody or relocation battle, we can help. Contact us today to set up a consultation with a seasoned family law attorney.